- Why would an Economist choose Noris Medical over other platforms?
- Knowledge of 80/20 Rule when starting out
- Associates Doing Implants can be a double edge sword. Risk/Reward profile
- Outliers in Implantology, and why they do so well?
- How to combat Fear - Pay your Treatment Coordinator well
- The art of collaboration when you don't know what you are doing
- How Digital Workflow is disrupting the Lab Business and making the Dentist stronger

Besides the theory and case studies, the doctor will share tricks, tips and gotchas from his 20 years of clinical experience in dental implants. 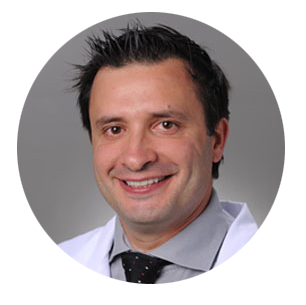 Dr. Benjamin was born in the Former Soviet Union.  He came to the States when he was 9 years old and grew up in Queens, NYC.  With a full scholarship at Boston University Biomedical ilyabenjaminEngineering, he set foot towards learning the basic science.  Although he graduated with Cum Laude in Economics early, he decided to study abroad in Europe.  Specifically, London became a great place for more learning.  While working at Goldman Sachs, he learned a lot about the financing world.  In fact, when he came back to the States, Dr. Benjamin took a sabbatical before entering the world of Dentistry by working at the New York Stock Exchange.  However, the floor was not that exciting.  Trading was not in his blood.

In 1995, Dr. Benjamin was invited to study at University of Florida College of Dentistry, home of  “Florida Gators.”  During his studies at UF, he was the founding father of a dental fraternity called Alpha Omega.  Although it was a Jewish Fraternity, all were welcomed.   Also, he conducted research in endodontics and later went to present in front of the American Association of Endodontist in Hawaii.

In 1999, Dr. Benjamin was accepted to Mount Sinai Hospital Residency in Miami Beach.  There, he learned how to do implants in medically compromised patients.  During that year, Dr. Benjamin took two states boards, California and Nevada.

Right before the collapse of the Twin Towers or 9/11, Dr. Benjamin signs a lease to start his practice in August.  Not fearing the worst in the economy, he sets on to build the practice.  After 15 years and counting, Dr. Benjamin is still working in Henderson and treating 2nd generation family.

Come and meet him to see how great Dentistry can be.

What do you get after completing the course

This webinar registration has been closed.

You are welcome to stay tuned and follow us for more information on our online continuing education program.